When I first met Rob Ford, it was at an environmental debate in Toronto; The man was ingloriously boo-ed out of the filled-to-capacity event. Back then Rob Ford wasn’t an elected mayor yet and I thought for sure he’d lose.

When he didn’t, it became clear that Toronto had grown too big for it’s britches, and “Mega City” amalgamation had allowed right-wing National Post reading ‘burbs dwellers to vote the bugger in. Another bravado example of something getting too inflated and rolling over on itself. Kind of like Rob Ford.

I sympathize with any person under the level of scrutiny this man is; Any person who doesn’t ask for it this much. He’s done a few good things for the city, but he’s no role model. Toronto’s Mayor has consistently and unrepentantly brought shame upon our beloved Canadian metropolis in the most absurd and shocking ways –and this post is an ode to the man, the legend, the bully, that Rob Ford is in no particular order.

..and then blame infrastructure problems on immigration

Then be “reverse racist”. Then defend it.

Make your city hate you

Shout out to Christine Estima’s The Spadina Monologues for these photos! 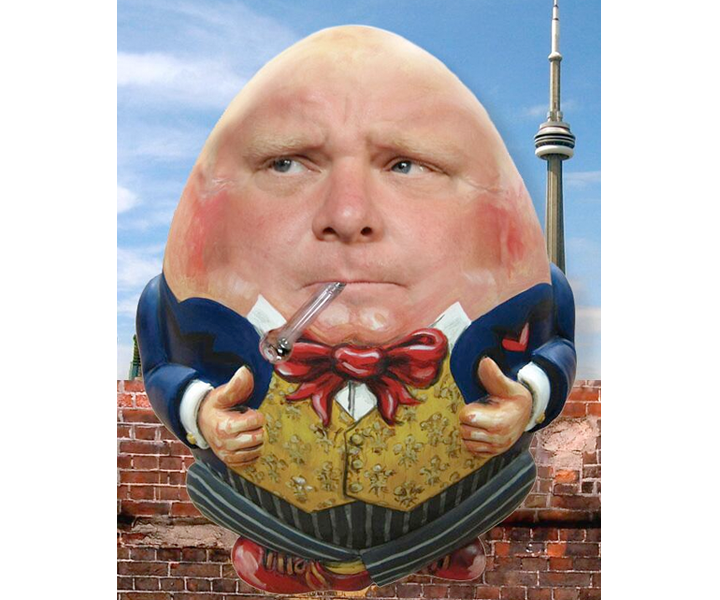